Have you missed them? 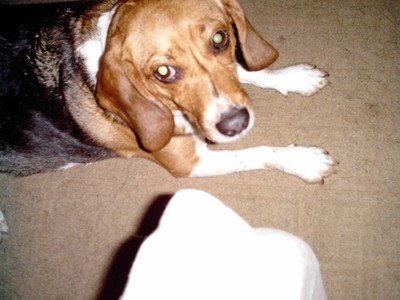 I thought that I was over you but it’s true, oo so true

Please tell me someone else watched Brothers and Sisters and cried like a baby?  I finally watched it last night.  It’s true isn’t it? I’m the only real TV junkie in Xanga world.
Also watched Heroes.  It was very good.

Also finished “The Time Travelers Wife” by Audrey Niffenegger, as recommended by This Nice Person!
She was right.  It was an Excellent book!  I love to share books, but this one causes me a dilemma. I want to share it, but I think I will probably want to re-read it in a few months.  I think there are nuances that I missed.  Parts of the book that go with later parts of the book, that I didn’t connect.  When I share a book with someone, it’s under the expectation that they instead of giving it back to me, will give it to someone else that they think will like it.  We’ll see if my altruistic motives or my selfish motives work out.
According to IMDB they are making a movie from the book with Rachel McAdams and Eric Bana playing the leads.  The Movie will be for USA, so I hope it’s actually a mini-series.  I’m okay with the female lead, I’ve always liked her, but Eric Bana seems to big.  I guess he could lose a lot of weight for it, and kind of scrawny down.
I just noticed everyone in the office is sneezing, including me.  I hope it’s just the stupid stupid white stuff floating through the air outside.

The weirdest thing happened a couple of weeks ago.  I think someone deleted my comment on their xanga.  It was nothing offensive.  And while I’ve had my share of Xanga issues, and screens locking up and wifi connection dropping out, I think this comment posted successfully and then the next day was gone.  I dunno. Maybe I said something that offended them at some point and now I’m on some sort of banned list?

Has anyone tried the different Mezzetta Olive blends?  They have all these antipasto blends.

My current favorite is the Mediterranean Blend. 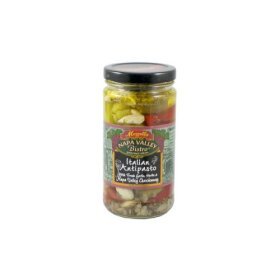 I like to grab a little then slice up the olives and the peppers and such and put it on top of cottage cheese.  I spend entirely too much time talking about food. Maybe I’ll go start cooking my lunch.  Amys Organics, Shepherds pie today.  I’ve never had it, but my husband said he liked it.