I have a craving for cinnamon.

I grabbed one of my reduced fat Pilsbury Cresent roll dough triangles.  Brushed some smart balance on it, threw about a teaspoon of sugar (next time I’ll use honey) then dumped a ridiculous amount of cinnamon on it.  In the oven now. 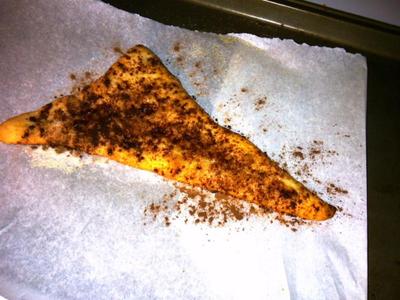 I think I just invented Cinnamon toast. You can thank me later.

At least the house smells good!