I listen to NPR on my radio while I get ready for work. When I’m driving to work I listen to Sirius XM. I alternate between Music, Comedy, CNN & BBC. Just depends on the week.  The last couple of weeks I have been primarily switching back and forth between CNN & BBC I really enjoy listening to Global news as reported from another country. It just gives you a little perspective. I was unhappy with BBC last week. I don’t know if it was just timing or what but every time I turned on the radio they were telling me what the new Pope was doing. I understand his importance as the leader of the Catholic church. I do not understand the importance of his daily schedule on the world news organizations.

I watched Survivor a few days ago. I have only seen a couple of episodes of this particular one. One woman on there was discussing how happy she was that the tribes had gotten mixed up because now she had “a gay” She went on about how she loved “the gays” and was so happy to have “a gay” with her now. When did this become acceptable?  I must assume that most of the world knows that “the gays” are actually individual people and not interchangeable. Just because you have a friend who is gay doesn’t mean that all people who are gay will want to be your friend. Just because someone is gay also does not necessarily make them the fabulous nice person that you will want to hang around with!  We’re not talking about an individual race of people, we are talking about people who are gay. Drives me crazy.

Last year I was lucky enough to be given a male canary. He was a tenant at my daughters PetSmart and couldn’t be sold because of a medical problem. I’ve always wanted a canary so I was pretty happy about this. He’s a beautiful yellow canary who sings and sings and everyone loves him. Last month my daughter told me about another canary that needed a home. She had been in the store for years and never bought because she was not a pretty yellow. She is all grays. Then she broke her leg and had to go through medical treatments, so she could not be sold. We brought her home yesterday and my male bird is not happy about sharing his cage! No real fights just some chasing and puffing up. She seems to be taking it in stride. Hopefully they’ll become fast friends soon. 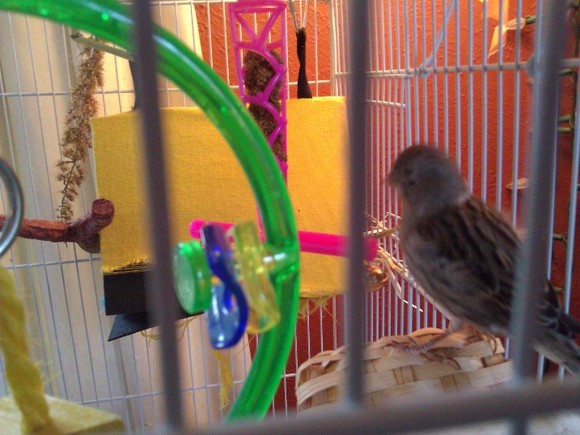 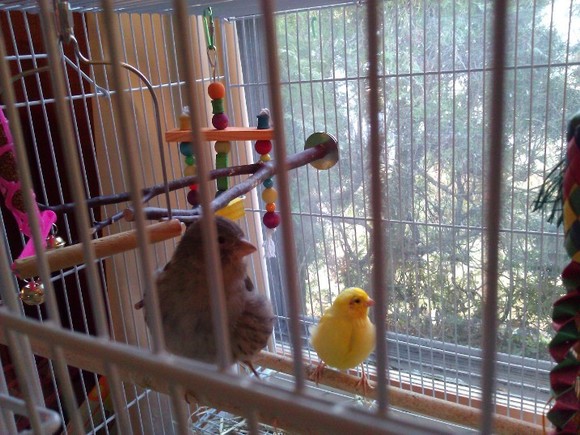 Oh! and this morning at Yoga I did a wide angle forward bend and touched the top of my head to the floor. Been trying to do that for years!